Are You Angry?
Anger is energy. We know energy has to go somewhere. You can either externalize anger in a healthy way, act it out in a negative way, or hold it inside. Held inside, unresolved anger becomes toxic and can cause problems in your relationships, your job, and your health. Toxic anger can cause depression, anxiety, and heart problems. Here, we’ll discuss anger, how to recognize if you’re angry, and how to deal with this often distorted emotion.

Anger Defined
Anger is an emotion, and can be felt as a minor irritation or intense rage. Anger can help us make productive and safe decisions in our life. Anger can help with our personal boundaries and help defend our life if needed.

When we are angry, we express it either internally or externally. And the ways in which we express our anger can range from assertive communication to acting it out in violent ways. Anger changes our bodies physiology. Our heart rate and blood pressure increase, along with other hormonal changes. Anger is often connected with another emotion such as sadness or fear.

Anger As A Symptom
Anger can be a symptom of a physical or mental disorder. Temper flare ups, chronic or out-of-control angry behavior may be a result of a physical problem. Post Traumatic Stress Disorder (PTSD) is an example of a diagnosis which may include depression or angry outbursts. Accurate evaluation and diagnosis is important for treatment. Children often display temper tantrums which may be a result of an diagnosed physical condition.

Confused About Anger?
As an intense negative emotion, anger can be a tricky, especially for those who grew up in homes where the emotion of anger was disguised, distorted or never addressed. For some people, they don’t like to express their anger, or even admit they might be angry. It seems safer for them to ‘mask’ their anger, and pretend to have another, more acceptable emotion. In the long run, this only leaves a person more confused about their feelings, as well as promoting health risks.

How Anger Gets Distorted
After years of denying, distorting, covering up, and wearing an emotional mask, people can become quite confused about their anger. Anger often becomes a misunderstood emotion in a person’s life, which can lead to a variety of emotional problems.

Were you raised in a home where one or both of your parents were emotionally ‘out-of-control’? For example, when Dad got mad, maybe he threw things across the room . . . or Mom shouted obscenities . . . maybe one of your parents didn’t speak to you for days. Or perhaps you were raised in a physically abusive home where you witnessed your parents hitting one another and hitting you.

In contrast, maybe your parents never showed their anger, always having a ‘happy’ face on, and maybe even told you “it’s not nice to get angry.” Then there are the parents who show a ‘happy’ face to the outside world, pretending to be the ‘perfect’ family, while inside the home, they’re ‘terrorists’.

Any of these situations can confuse a child and distort their emotions of anger. If a child is raised in an environment like the above, they may be unable to recognize the emotion of anger.

We call this ‘internalizing’ our anger. When you choose not to allow yourself to feel negative emotions, this energy can become ‘stuck’ inside your body. Once intense emotions are stored away, they often become distorted, and can turn into what therapists refer to as ‘frozen rage’. This kind of stored up anger can affect both your emotional stability and your physical health. Chemicals, food, and other forms of addictions are often an attempt at ‘numbing’ the pain of stored up anger.

Another side effect of internalizing anger is it often creates depression. If we think of depression as a ‘lack of feeling’, and therapists attempt to find out what intense emotions are not being expressed. Often, we find stored up anger, guilt, unresolved loss, sadness and many other emotions not expressed in a depressed individual. This is one reason”talk therapy” is helpful. Having a safe and confidential place to discuss problems and confusions can be the beginning of emotional clarity and relief.

2. You can act out anger in negative ways.

Let’s look at ‘the bully’ as an example. The playground bully is one angry kid. He has minimal coping skills, does not know how to defend his fragile ego, feels out of control, and is most likely abused in some fashion. He copes with his insecurities and inadequacies by attempting to gain control on the playground by terrorizing other children.

A bully feels powerless, worthless, helpless, and believes he has no control in his life. Inducing fear in the hearts of others is his way to feel in control, if only briefly, then the cycle repeats. Bullies come in all ages and can be found in all environments:

3. You recognize your anger and express it appropriately.
Once anger is recognized, you can let yourself feel angry, talk about it, process other emotions which may be connected to your anger (such as sadness, feelings of abandonment, or loss) and perhaps even cry. Crying is a natural and healthy way of expressing intense emotions, and is usually connected with the emotions of deep sadness, loss or grief.

How Do I Know if I’m Angry?
Anger has many masks. Here’s a list of ways which may help you determine if you have unresolved anger issues:

How Toxic Anger Can Affect Our Health
The American Heart Association has recognized that emotional issues may place us at risk for developing heart problems. Other medical research has indicated anger as a cause of heart trouble. In the medical journal, Circulation (October 1995) anger was shown to precede and actually trigger a heart attack. Researchers have been able to find a direct relationship between having unresolved anger and developing a heart attack.

In one research study, Circulation, May 2000, of the 12,986 people who harbored their anger were twice as likely to have a heart attack, die, or required angioplasty or bypass surgery when compared to people who were less angry.

University of Washington School of Nursing research:
(Study of husbands and wives)

Ohio State University study:
Found people who had less control over their anger tended to heal more slowly from wounds.

Harvard School of Public Health:
Studied hostility in men and found those with higher rates of hostility had poorer pulmonary functioning (breathing problems), and experienced higher rates of decline as they aged.

Health problems of the Youth:
Research shows youth who cope poorly with anger are at greater risk for problem-ridden interpersonal relationships. Their health is also at risk; those who have poor coping skills to resolve anger have more negative outcomes when it comes to mental and general health.

“. . . every time there are losses, there are choices to be made. You choose to live your losses as passages to anger, blame, hatred, depression and resentment, or you choose to let these losses be passages to something new, something wider, and deeper.”
Henri Nouwen
You are not meant to carry the burden of negative emotions around for a lifetime, or bury them and pretend they don’t exist. Every painful and negative event and emotion of your life can be resolved in healthy ways. EMDR has proven to be an excellent technique for resolving emotional pain.

These are tools you can use immediately to help diffuse anger when it happens so it doesn’t pile up. If these don’t work, think about talking to a trained counselor.

Talking to a professional therapist can be the beginning of freeing yourself from the bondage of anger, pain and hurt from your past. Something happens after we talk about our anger. You will be helped to clarify your emotions, ‘re-frame’ the event and the memory. You will be helped to change your negative thoughts about the situation, and have a healthier perspective about the experience. You may want to contact Dr. Lynne to schedule a personal counseling session.

How Can EMDR Help?
EMDR (Eye Movement Desensitization Reprocessing), a powerful and often rapid therapeutic technique can be used by a trained EMDR therapist to help you effectively deal with unresolved anger. EMDR is a breakthrough technique for dealing with many emotional issues. Information can be found on this website. Dr. Logan is an EMDR Certified Therapist by EMDRIA 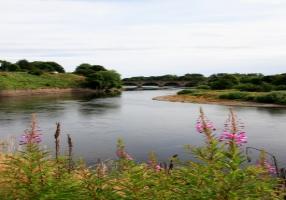 Deal With
Anger
When it
Happens.
Hold it In,
and
You Will Be
as
Unpredictable
as the
Waves.

Once Anger
Becomes
Partners
With Pride,
You’ve Lost
the
Battle